A Scottish artist with a close bond to his home country and its spectacular landscape, Frank McNab attended Glasgow School of Art, is a member of The Glasgow Art Club, the RGI and the Paisley Art Institute.

When Frank was asked by The Distillers’ Art if there was a whisky that might inspire a painting, his thoughts immediately turned to Craigellachie, a classic single malt distilled in the heart of Speyside. Here, he created ‘The Bridge at Craigellachie’.

Frank was inspired by the bridge and its architecture, built by Thomas Telford in 1814. When Frank visited Craigellachie, he captured the bridge at sunset. “The river itself was pure gold,” he said. “It was beautiful and it was because of the setting sun. It wasn’t made of whisky, but it looked like it.”

“The complimentary colour for gold is bluey purple, which is almost the same colour as heather, so all these things came together to inspire me to produce the picture that I did.”

“It’s a great idea having paintings associated with various different whiskies. It reflects back to how everything that is excellent is art noir whether its engineering, whisky making, painting – it’s all art.”

As well as being stirred by his surroundings, Frank’s other main source of inspiration is literature and poetry. He has been commissioned to produce work based on many greats including Milton, Yeats, Dante, Tennyson, Burns, Vysotsky and Eliot. Frank’s art has been used on album covers, book covers and film. His paintings have been purchased for the City of Glasgow collection and are in collections in Russia, France, United States and Canada.

Frank’s paintings often depict symbolism – the notion of using things you can see to paint what you can’t, conveying ideas, emotions and thoughts. Currently based in his hometown, Frank is available for commissioned work. 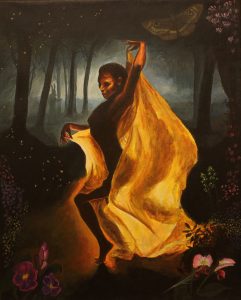 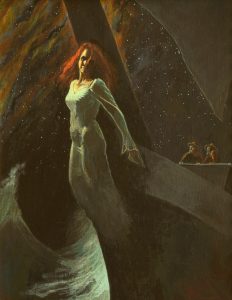 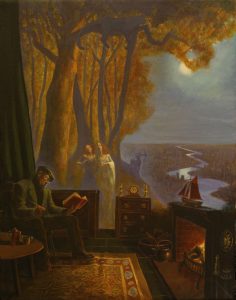 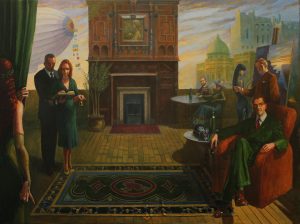 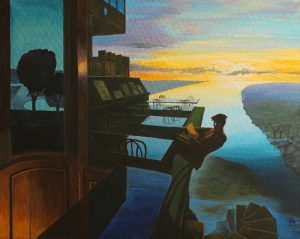 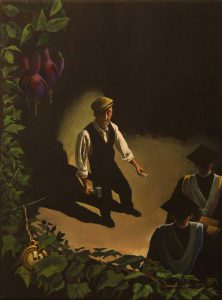 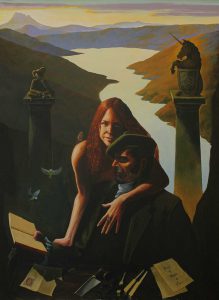 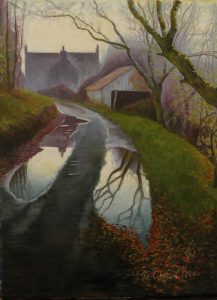