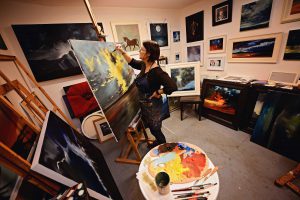 Maureen Rocksmoore is an artist who paints in oil, known for her `Skyscapes`. She has her studio in Glasgows` iconic Briggait Building which is home to WASPS, The Scottish Visual Arts Organisation.

Originally trained in Interior & Graphic design she graduated with merit from Glasgow College of Building & Printing in 1989.
After working in Architecture for several years she decided to return to Fine Art whilst pursuing a successful and varied career in Community Art and Education.Although a successful painter , her role within education is vitally important to her . She has developed her own program of therapeutic input & professional art practice.
Her work as an Arts Specialist in Education has seen her appointed to several Artist in Residency positions in a number of Renfrewshire, East Renfrewshire and Glasgow schools and educational establishments. In this role she has undertaken many important commissions and projects which have been presented to dignitaries and Royalty – In 2012 as part of HM The Queens` Golden Jubilee.

A specialist project with Apple IStore in Glasgow saw an impressive body of work produced and exhibited whilst using new applications. This was a first for Apple in an educational establishment., Uk companies who support education facilities including Sainsburys in Scotland own work produced in the last 12 years.
Maureen has had her work exhibited at The Scottish Parliament, Holyrood, Edinburgh as part of a major project in education. She has been commissioned by Strathclyde University Alumni Association and her work forms part of a private collection in the faculty of Education Glasgow. She is a supporter of charities and was a company director for her local Resource Centre for many years promoting art and education and also a Board Member of The Renfrewshire Disability Arts Forum for a time.
In 2008 she travelled to St.Petersburg , Russia as part of a Scottish delegation to exhibit and promote cultural links between the two countries. Her work was presented to The house of Friendship in St.Petersburg. 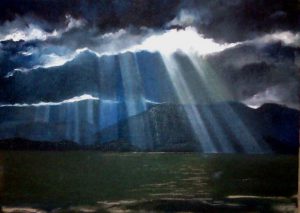 She has many private clients in the UK as well as overseas and her work is held in private collections around the world. She travels extensively to paint and to tutor, in particular to Tuscany in Italy where she has spent time in residency and exhibiting. She exhibits regularly in Glasgow , Scotland and her work can be viewed in many online galleries.
In recent years Maureen has worked as an exhibition Curator and is The Internal Arts Curator for The Greater Glasgow Health Board – Arts In Health –
New Eastwood Health and Care Centre in Glasgow. New work was specially commissioned for this new centre.

Maureen has also undertaken some high profile Public Art commissions, notably for The Pride of Paisley Festival in 2016,two pieces for The Big stampede in Hamilton in 2017 and A Special Lion Legacy permanent sculpture for her home town of Paisley as part of the towns bid for City of Culture 2021.
Artist Member of Paisley Art Institute & Member of Scottish Society of Artists. 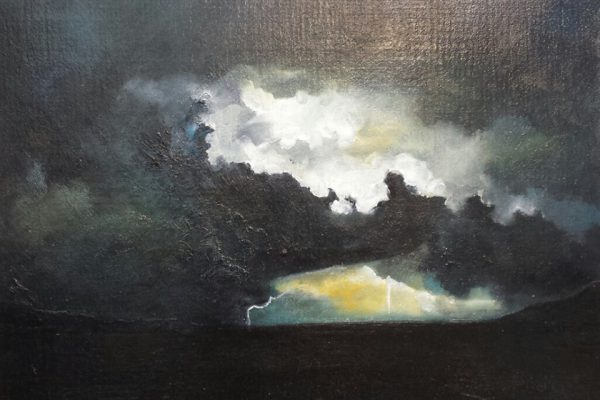 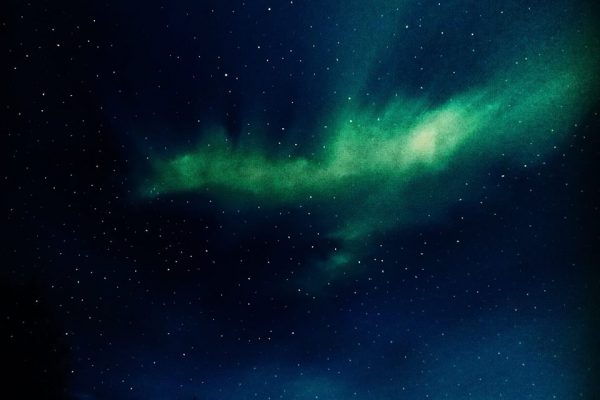 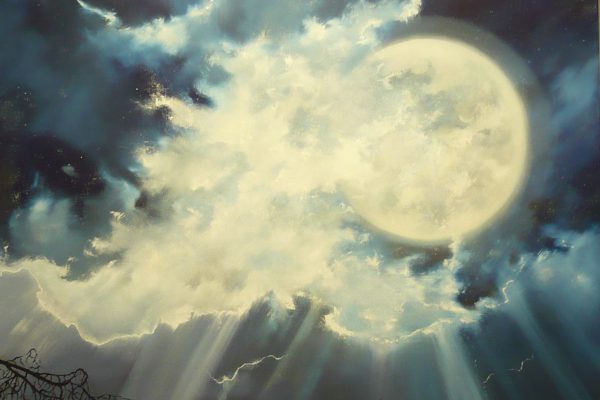 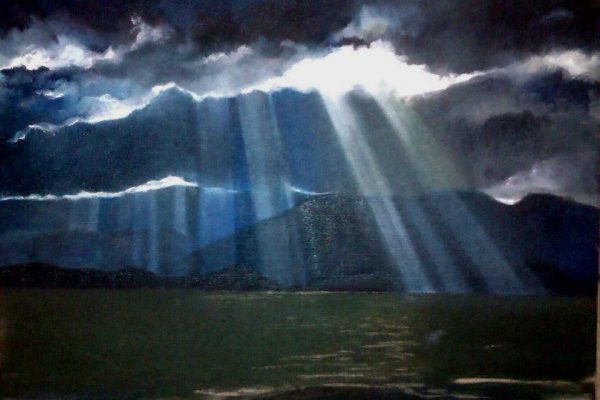 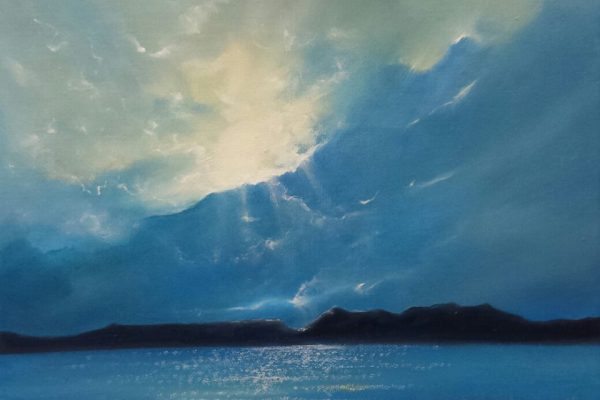 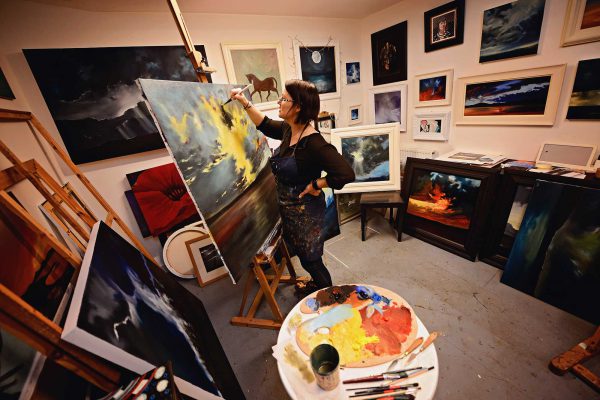 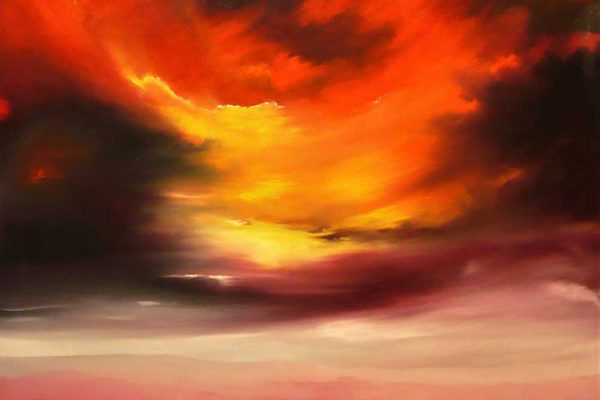 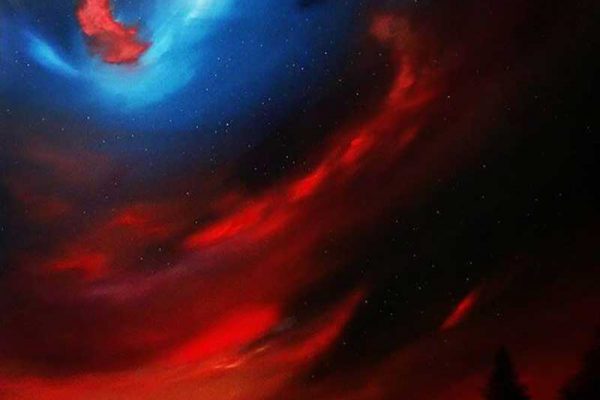 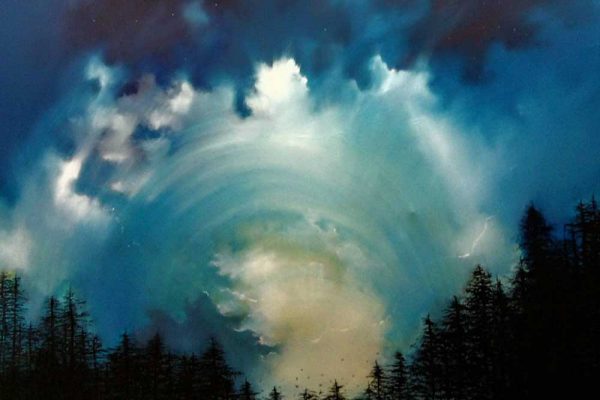